You Can Buy ANYTHING Via Internet! 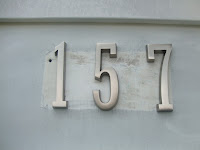 Chapter 1: Dream.
Kiddle and I like to browse online at whatever is for sale.
We tend to look at auction catalogs, book and music sites, and real estate sites the most. It's a fun virtual thrill that doesn't cost anything but time.
We have especially enjoyed looking at real estate offerings for the past couple of years. We've looked all over the world, but concentrated mainly on the East coast of the USA.
We would begin a browsing session by sitting near each other, our laptops running in tandem, sharing links to everything from mansions to farms to trailer homes. Then we would get down to the serious part of the virtual experience- we would look at homes for under 50k. The goal would be to find the cutest house possible for the lowest amount of money. But, of course, we didn't think that we could afford a house, for I'm ill and we had run out of proper funds way back in '06- we barely got by each month- but isn't if fun, and good for you, to dream?

I still mourn the house we saw on ebaY during the spring of '09 for 13k, it was offered completely furnished with the former owner's 92 years of collecting- a kitchen full of old dishes and cookware- there was even a piano in the parlor! But we didn't have 13k, and it was in rural Iowa, that house was just a clouded dream.
Then, also, we had found 2 lovely homes in Newburgh, NY- both about 80k- one was a tiny stone house with a crenelated tower, from the early part of the 20th century, the other a brownstone of the same vintage, all brick and romance. Kiddle couldn't get a mortgage, though, even with 35% down, not at 20 years old with no job history and no income.

One day we had a small setback in our personal housing situation. We took stock of things and FREAKED out!
OK, let's be cozy here for a minute, and I'll confide in you- I'm a single mom with cancer, I am too ill to work and had NO funds- I freaked out, but my Kiddle had no idea- for her life is a big safe adventure with Mommy always swooping in and saving the day. 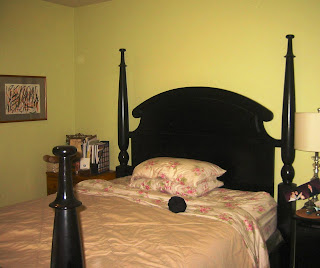 We sat together one night on my bed with a pot of tea and A Decision Was Made. We would spend a few days ignoring reality and concentrate on shopping online for our dream home- a cute house that now must be 18k or less, for Kiddle had some birthday/holiday money all saved up in a box- from her entire childhood years, and we had found it in her closet when we were readying ourselves to give up our rented townhouse.
Oh, and of course the house must also be within affordable travel distance to New York City- for cancer treatments that I was undergoing at least once a week.
Let's face it, folks, CT/NJ/NY- are not the cheapest US states to buy a home in! We said to each other "It's not possible, but let's dream for a few days before we succumb to reality!". Well, I said this, but Kiddle assured me, "Mommy, you'll find a way to fix things, let's not worry!". So, OH BOY, did we dream! We each sat on a computer and messaged links back and forth. It was such fun to pretend that we would be buying a house, instead of paying rent for a year or so with our final bit of savings.
We searched New York first. Now, in NY you CAN find a home for 18k, if you're willing to be 350 miles NORTH of NYC. We couldn't do that. How would we get to NYC every week, sometimes twice?
We had always liked the idea of living in the country on a big piece of private land, but nothing was coming up near enough to NYC. We spent about five minutes looking in Connecticut-again, NOT affordable!

We looked in North New Jersey, we spoke with friends who live in North New Jersey, MAYBE we could find a trailer on an acre or so. Then, on a whim, we took a quick surf down to South New Jersey. We saw that Camden, NJ had a lot of cheap housing.
This intrigued us. The area where we could find affordable homes is quite depressed, and has a high crime rate, but we knew that having a roof over our heads in a high crime area is preferable to sleeping in our car. We honed in on South New Jersey.
Kiddle and I were surfing the South New Jersey offerings, and we both came upon an adorable house at the same time, in tandem we said "Hey, look at this one I found!"- and there it was.

That, folks, is the original photo that we saw of our dear sweet Cape Coop. The listing was incorrect- so it had come up in our searches.
Although the Coop sits on a 50' by 50' plot of land, the advertisement insisted it was on .33 of an acre. Cape Coop has 2 bedrooms, but the optimistic Realtor had called the adorable and sun filled 6' by 6' room in the middle of the upstairs bedrooms a third bedroom.
There was a chimney in the photo, so surely there was a romantic fireplace- but, no, the wood stove had been ripped out years before, and oil heat was in it's place- whatever THAT was.
The price had been cut the night before we came upon the listing- from 48k to 28k.

I quickly searched the 'net for information on the tiny town that Cape Coop is located in- and for the price history of the Coop. Salem, a colonial era town, had an interesting history and gorgeous North American architecture running the gamut from the colonial era to the  mid 20th century, but was depressed financially- we would be isolated there, to be sure.
The Coop had been on the market for over 4 years by then, vacant- and had originally been marketed at 109k, before being lowered to 97k, 89k, 67k, 48k, and finally the C'mon, Mommy, You Can Do Anything price of 28k.
We emailed the Realtor, recounted Kiddle's box of money and I formulated A Plan.
at 2/25/2011 02:16:00 PM